A Documentary Musical tale of a town left behind and one watchmaker fighting against time. A Web series about AA meetings for victims of web shaming. A soldier walks up iron steps to a guard post, surrounded by wilderness and infinite silence. Soldier replacing soldier in endless motion.

Action-Comedy, Parody of the Israeli Mossad. An Israel Mossad agent competes with a CIA agent to save the world. A woman wakes up one morning after dreaming that she murdered her husband and discovers that he has disappeared from her life. An Ethiopian immigrant, sets out on a journey through his children’s homes after losing his wife. Coming to know some of life’s harsh new realities, he tries to survive in his own way. Moments after a terror attack in Jerusalem two woman meet at the hospital. While getting acquainted, one of them struggles to conceal her identity. Seven years after discharging from the army, a group of soldiers discover that an experiment they volunteered to has a destructive effect. A Tel Aviv film teacher is forced to teach a high school in Sderot. This year will be a life changing journey Twenty years ago Chile was kidnapped from Hungary by Israeli sex traffickers and was forced to work as a prostitute. Now she wants to find her kidnappers. Tomer, fighting depression, locks himself in his room for five years. He finally breaks the boundaries of his prison with the power of art, back into the arms of his wife and children.

Life According to Ohad Ohad is an animal-rights activist. After years of being cut off from his family, he tries to reconnect, but their decision to eat meat still stands in his way. Eyal, a shy young filmmaker, musters up his courage and travels to Emir Kusturica’s village to convince the Serbian director to come to Tel Aviv to be a guest actor in his feature film. A group of Fathers of children with cancer set out on a journey in Romania. Away from their familiar environment, they are able to stop denying and start coping.

In The Director’s Chair Sits A Woman 26 women, who have directed feature films in Israel, share stories from the director’s chair. A film about Prof. Ariel Darvasi Boss Theory- Who is the real boss navigating our life? Do we make decisions on full consciousness? 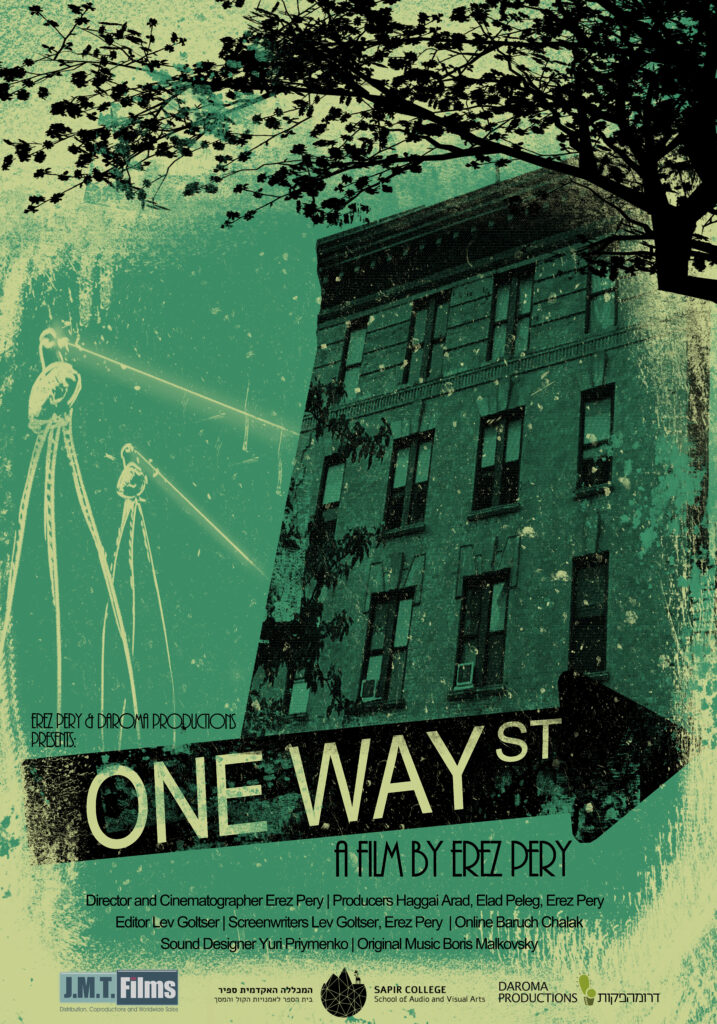 One foreign city, one city center condo, one back window, one old radio, one way street, one different point of view.